Find out about Holly Budge

Holly Budge is an adventurer and conservationist who has travelled all over the world and recently summited Mount Everest. Her passion for adventure is evident with two world records under her belt so far, being the first woman to skydive Everest and race semi-wild horses 1000km across Mongolia in just nine days. She is also the founder of ‘How Many Elephants’, an award-winning campaign raising awareness of the plight of elephants in Africa and funds for anti-poaching projects. She has helped raise over £300k for a diverse range of charities through her adventures and campaign work so far.

Water-to-Go has now become an important part of her expeditions and is essential kit wherever she goes. Whilst Water-to-Go is helping to keep her safe and hydrated, we are also working with Holly to help raise money and awareness for various organisations and initiatives. We share similar similar missions and goals to help protect the planet and the wellbeing of people and animals.

“What caught my eye about Water-to-Go bottles was not only the robust design and the cutting edge filtration system that kills 99.9% of germs to give me clean drinking water anytime, anywhere. It was the social and environmental mission behind the company.”

Holly has relied on her Water-to-Go bottle to keep her hydrated wherever she is on her adventures as she plans future projects in China, New Zealand and the USA . 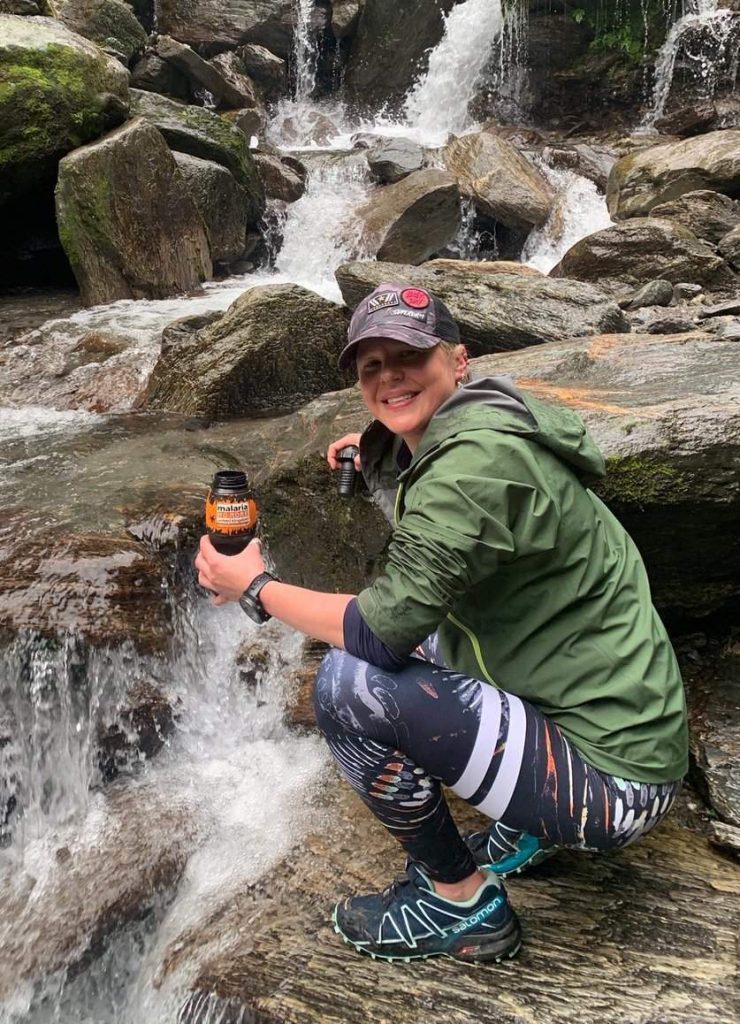 “Think big, dream bigger and go climb your Everest, whatever that might be. Put in the time beforehand to get physically and mentally prepared so you know you can give it your best shot. I describe myself as ‘sort of pretty normal’, with a down-to-earth approach to life, and I do not consider myself to have a greater physical or mental advantage than most, so that begs the question – if not you, who? If not now, when? Act now.”

It is fantastic to hear that Holly has been using Water-to-Go to keep her safe and hydrated on her adventures and is now joining us on our journey.

Holly is also the founder of ‘How Many Elephants’, an award-winning campaign raising awareness of the plight of elephants in Africa and funds for anti-poaching projects. How Many Elephants is using design to bridge the gap between scientific information and human connection in the field of conservation. Her campaign is giving a voice to the critical African Elephant crisis.

“Few people know the extent of the problem; 96 African elephants are poached each day for their ivory. At this astonishing rate they will be extinct in the wild in the next ten years. I have turned this disheartening statistic into a powerful art installation that presents a physical commentary on the devastating impact of the elephant ivory trade, to raise awareness and funds to support anti-poaching projects.”

Over 1000 school children have visited my exhibition for workshops with plenty feeling inspired. Part of the originality of this exhibition is in my approach to avoid gruesome and shocking imagery to portray the facts. To actually see this data visually is very impactful. It is not about scaring people or assigning blame, it’s about raising awareness of the enormity of the poaching crisis. 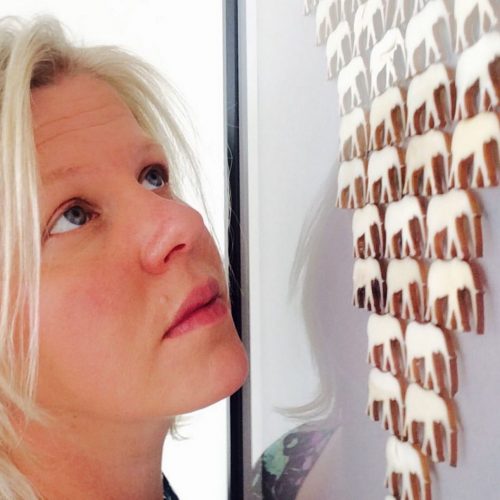 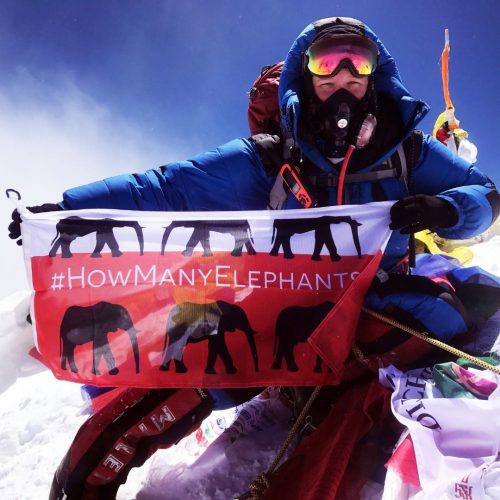 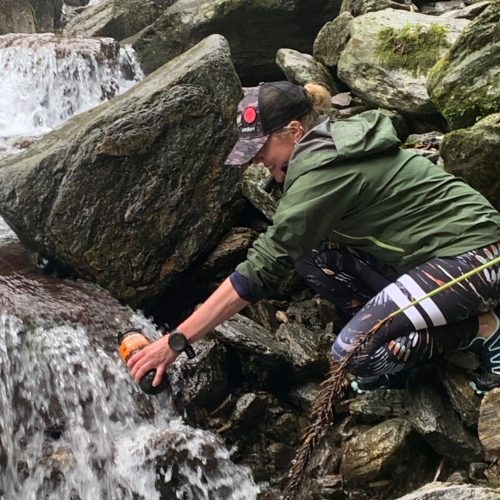 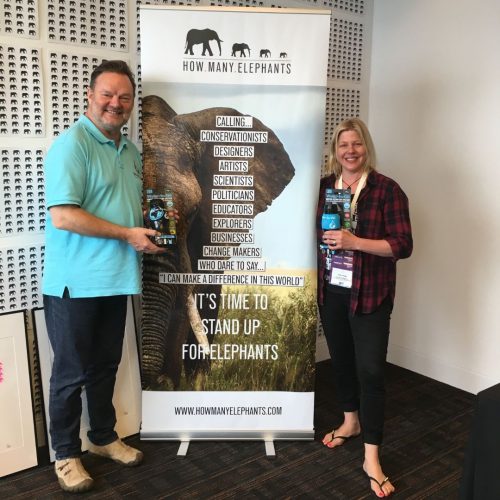 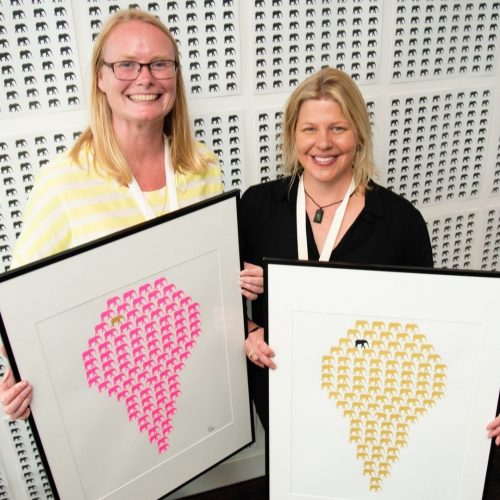 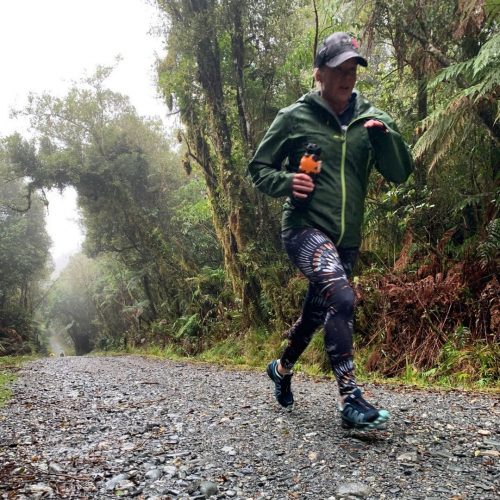 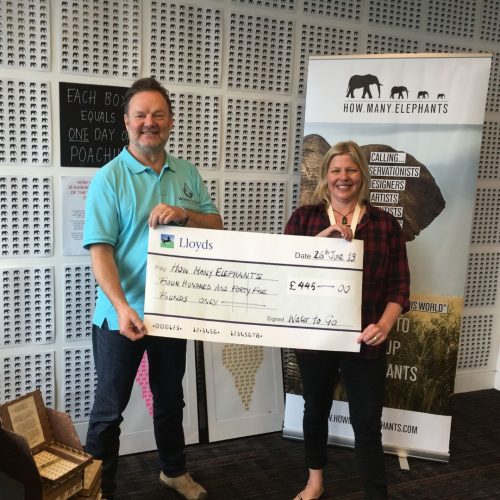 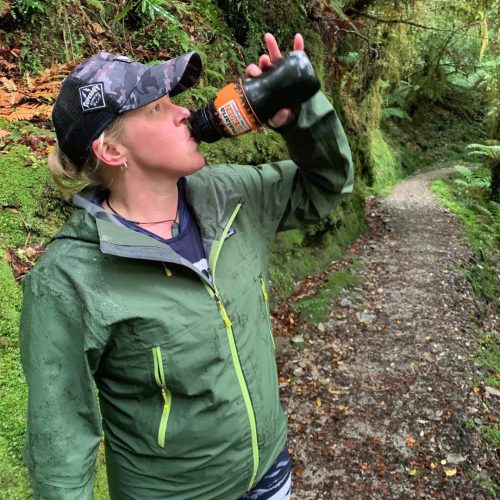